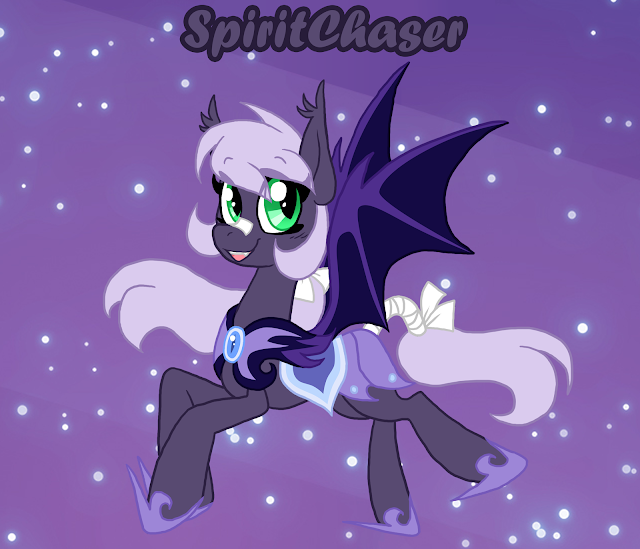 Commissioned by WeAreBorg for Nightmare Nights Dallas in 2014. While, adamant that Spirit Chaser was NOT an official con mascot, the convention chairs could do little to stop the artists and fans who loved her more than Saros, the first mascot. During NMND's final run in 2017, a cardboard cutout of Spirit Chaser earned several hundred more dollars than that of Saros in the Charity auction. Created by Ashley Nichols. Her cutie mark is unknown.
- November 10, 2017 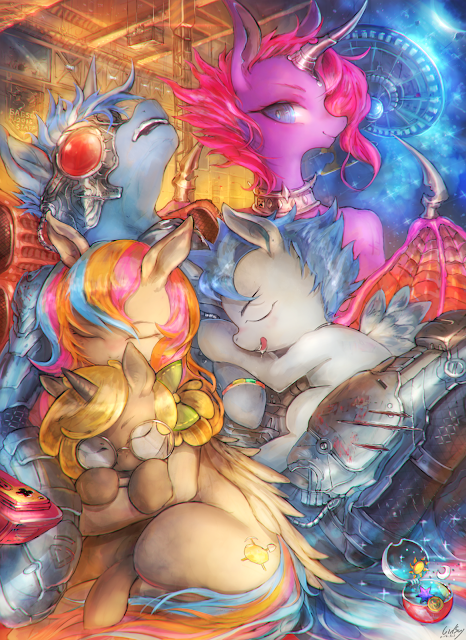